The name Railey Roshto Park is quite unique. The obituary for this South Central Los Angeles native has a very unique twist. Unlike many South Central Los Angeles natives, this woman had no previous medical experience. Her mother, who was also from Baton Rouge, had worked for LSU’s Earl K. Long Medical Center and was a member of the Addis Baptist Church. It is hard to imagine her absence from the city, but she was loved by her neighbors and friends. Browse around this site!

Mary Ann Ross, 86, died Wednesday at Baton Rouge General Medical Center after a brief illness. She was a retired electrical engineer from the East Baton Rouge City Parish, member of Operating Engineers Local 409, and a World War II veteran. Her educational background included attending LSU and Northeastern College. She was also a 32nd degree Mason and a past president of the Fraternal Order of Eagles.

She was a clerk at LSU Earl K. Long Medical Center

Railey Roshto Park was a graduate of Fair Park High School and is a member of the Engineering Advisory Council. She is a sponsor of the Quill and Scroll newspaper, Home and Family Living, and the HERALD Ad Staff. She is a former Medical Records Librarian and has worked at LSU for seven years. Among her other achievements, she is a proud mother of three children. Learn more.

Her husband, Lea Johnson Sr., and son, Wilmot McCain Jr., will serve as pallbearers at the funeral. Her daughter, Patricia McCain Kruger, and granddaughter, Libby Crespo, are among her five grandchildren. Her great-grandchildren are Christopher and Jennifer Kruger, Tara Taylor, and Stephen Hans. Railey’s great-grandchildren will also be buried at LSU Earl K. Long Medical Center.

She was a member of Addis Baptist Church

Railey Roshto Park Los Angeles was born on November 17, 1931, in Oscar, Louisiana. She grew up in Addis. She was a member of the VFW and the Home Health Board. She served as a deacon, assistant clerk, and homebound committee member. Her mother, Ruby Smith Robinson, was from Oscar. Her father, Ferdinand P. Sarradet, was also a member of Addis Baptist Church. Up next is… 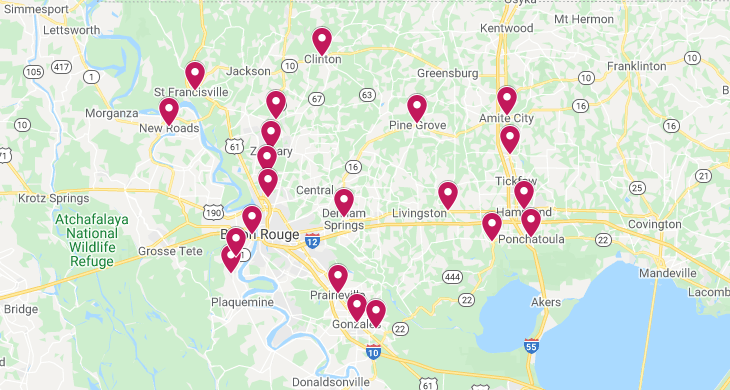